We Are Coffee Makers 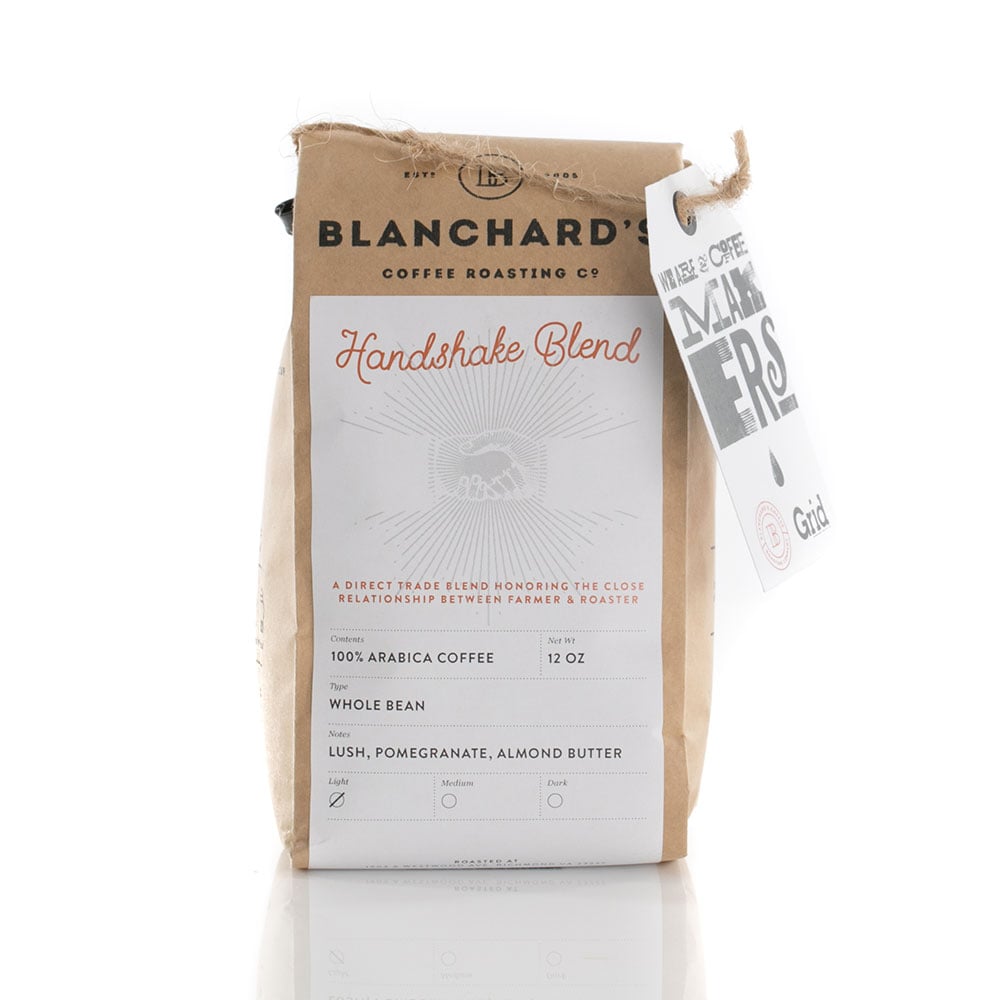 Along with our friends at Blanchard’s Roasting Co., Grid helped launch the first coffee cupping event in Richmond using a crowd sourcing model to choose the next direct trade coffee and farm to be featured by Blanchard's. After local coffee fans piled into the Roast Lab, the lights were dimmed and the audience was introduced, via Skype, to owners of small coffee farms in South America. As a group, the participants cupped some seriously tasty coffee with direct ties to the farmers who grew it and selected their favorite. As a follow up to this successful event, Grid has teamed up with Blanchard’s once again to continue the We Are Makers series, featuring the Handshake Blend, a seasonal Direct Trade blend honoring the close relationship between farmer, roaster, and drinker. Flavor Notes: Lush, Pomegranate, Almond Butter.